Beats Updater is a Shareware software in the category Audio & Multimedia developed by Beats Electronics LLC. It was checked for updates 126 times by the users of our client application UpdateStar during the last month. The latest version of Beats Updater is currently unknown. It was initially added to our database on.

Superior Drummer 3 (VST/AU/AAX/standalone) makes an immediately positive impression with its gorgeous GUI. Gone is the skeumorphic, oddly arranged fascia of SD2; now we have our menus and tabs (Drums, Grooves, Mixer and Tracker) along the top, all instrument editing controls in a single contextual panel on the right hand side, and the new sequencing tools at the bottom.

The main drum kit display has never looked better, either, with every kit piece represented by its own photorealistic graphic. It all makes for an attractive, welcoming environment that newcomers and those upgrading from EZdrummer 2 will find much more approachable and intuitive than previous versions. Indeed, EZdrummer 2 has clearly exerted a profound influence, but SD3 has its own visual identity – a sophisticated grey, Logic Pro kind of look that we fully approve of.

The whole thing is freely resizable, too, with internal elements (text and controls) scalable from 70-250%, and all four tabbed sections able to be popped out into their own windows.

The centrepiece of Superior Drummer 3 is its massive core library of multisampled drums and cymbals recorded by the legendary George Massenburg in true 11-channel surround (see boxout). Size-wise, SD3 blows SD2’s 20GB library out of the water with 230GB of recordings downloaded in five separate bundles – the surround channels (which are very usable as additional ambience channels for stereo mixes) add up to almost 100GB alone.

Like SD2, as well as the kits in the core library, SD3 can also load any installed SDX and EZX add-ons. Unlike SD2, though, individual kit pieces can now be mixed up as you see fit across all libraries. This has to be done via the new search engine, rather than the right-click menu, but that’s not a great chore, and the search engine itself works well, utilising a text field and a comprehensive bank of filters. 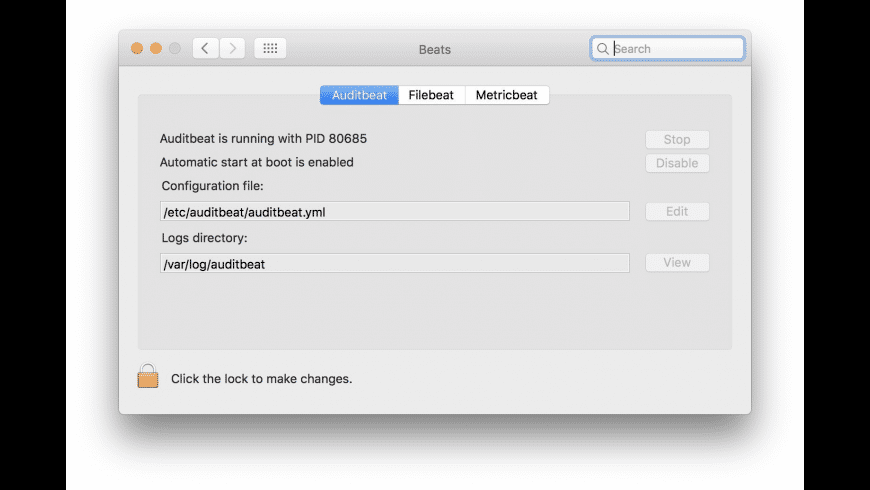 It comprises six full kits in 14 configurations: Ayotte Classic (sticks and rods), four-piece Gretsch Round Badge (sticks, brushes and rods, all with snares on and off, plus mallets), Ludwig (single- and double-headed toms), Premier Genista, Pearl Masterworks and Yamaha Beech Custom. Supplementing those are a staggering roster of extra snares and kicks, and the 32 cymbals are provided by Zildjian, Paiste, Masterwork, Istanbul, Bosphorus and Spizzichino.

Every snare drum encompasses eight articulations (Centre, Rimshot, Flam, etc), with the brushed snares upping that to 12. Crash and ride cymbals come with up to eight articulations; kicks can be Open or Hit; and toms can be struck in the centre, rimshot, or on the rim. The hi-hats take the cake, though, with a whopping 27 articulations each.

The love and care with which Massenburg and team have set up and tracked SD3’s core library is palpable in every sample, and it serves as a pristine, pure foundation on which to build your own kits. Also included, incidentally, are 350 single-sample electronic drum sounds, which make a solid starting point for experimentation with SD3’s new-found layering capabilities.

SD2‘s X-Drums have been reimagined: as well as loading additional kit pieces into an abstracted column at the left of the interface, they can now also host external samples. This really comes into its own with the new Stacking function, whereby multiple kit pieces and samples are layered on any instrument ‘pad’, enabling, say, a snare to be coupled to a handclap.

Every sound in a Stack is editable independently or collectively, and all added instruments and samples are assigned to mixer channels in the new Route Instrument Microphones panel, which replaces the old Microphone Assignment window. Instrument editing takes place in the right hand panel, where 15 contextual ‘Property box’ modules bring together all of SD2’s disparate parameter controls and add a number of new ones. 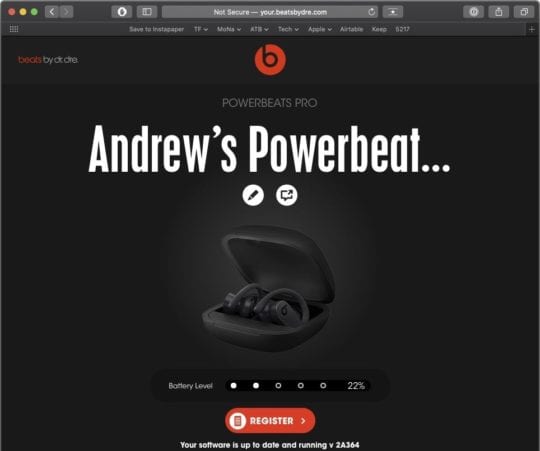 The boxes always reflect the currently selected instrument, articulation or Stack member, and can be repositioned and collapsed within the panel, or hidden altogether via a filter menu. The modules include Velocity Curve and Gate, Humanize, Voice and Layer (polyphony and multisample trimming), MIDI note mapping and Hi-Hat CC Edit (tweak your hi-hat pedal CC ‘open’ mappings). Most notable are the new Tuning and Pitch FX controls.

Tuning – which, once set, is applied offline to all articulations for the selected instrument – offers separate repitching algorithms for drums and cymbals, and sounds remarkably realistic in both cases. Pitch FX is a hugely entertaining eight-breakpoint pitch envelope.

Apart from the addition of the extra channels required for surround mixing, and Time Offset (up to 10ms of channel delay) and Instrument Release (envelope tweaking) sliders, Superior Drummer 3’s mixer is largely unchanged from SD2’s. It’s still got 16 internal buses, 16 outputs, every channel you’d expect to find in a full drum kit mix, and bleed controls (now in a dedicated panel) for dialling in realistic ’leakage’ between mics.

Everything changes with the onboard effects, though, which have been increased in number from five to… 35! Developed by Overloud, SD3’s effects are superb. You get ten dynamics processors (including Urei and Fairchild emulations, a four-band compressor and a transient shaper), three EQs (a modern parametric, a Neve 1084 emulation and a modulated filter), five distortions (Tape, Valve, Bitcrusher, etc), six algorithmic reverbs (Plate, Room, Hall, etc), three delays (Tape, Filter and Classic Echo) and a smorgasbord of modulation effects (Phaser, Chorus, Flanger, etc).

For some, Superior Drummer 3’s biggest new feature may well turn out to be the Tracker tab. This amazing drum replacement system analyses your multitrack drum recordings to determine what kind of drum or cymbal is dominant in each track, converts the detected transients to (exportable) MIDI data, and triggers the corresponding elements in the currently loaded kit, with a Mix knob setting the balance between the original and replacement sounds.

The detection algorithm is guided by machine learning, based on analysis of 1.4 million drum tracks, scanning the characteristics of the signal across 512 frequency bands. It’s shockingly accurate, successfully identifying close-miked kit pieces most of the time in our testing, and (understandably) struggling only with overheads.

The instrument and/or articulation selected by SD3 for any given track can be changed via straightforward menu selection, so switching a misidentified tom to a snare, for example, is a cinch. Within each track, trigger thresholds can be set for velocity and event match probability, while the Bleed Reduction dialog helps avoid false triggering through sounds bleeding between tracks.

And should all the automated and guided systems still not nail it, you can just draw in your own triggers. Far more than just a ‘bonus’ feature, Tracker is an empowering, ingenious drum replacer. With a little bit of work, it can even be used to replace sounds within a stereo drum kit mix.

They sound fantastic, and with every channel and bus able to hold up to 15 of them, the creative possibilities are endless. Bouncing down is much less fiddly now. SD3 can instantly bounce separate channels or the full stereo mix, split the cymbals out of the overheads, and even output all your bleed channels as discrete files. About time, too!

The introduction of Macro knobs (up to 100 of them!) is also very welcome. Each one can be effortlessly assigned to as many controls from anywhere in the software as you like, and tied to a MIDI controller for one-knob editing of multiple parameters and DAW automation.

Superior Drummer 2 had no integrated sequencing, instead taking MIDI input from the accompanying EZ Player Pro plugin, where browsing and playback of MIDI clips were handled. SD3 brings selection and sequencing of its hundreds of included MIDI beats and fills – as well as those of all your installed expansions – ‘in-house’ through the incorporation of EZdrummer 2’s Song Track (enhanced with multiple Tracks for laying out alternative takes), Song Creator (suggests appropriate clips based on analysis of an imported MIDI file), browser (the Grooves tab, complete with filters, Tap2Find and MIDI Drop Zone) and Edit Play Style interface (change the ‘riding’ kit piece, Opening Hit and more).

Going far deeper than that, though, a fully operational MIDI drum editor lets you record and program your own parts from scratch or edit the included clips, featuring quantise, dynamics shaping, velocity ramping, and automation of tempo and time signature changes. While many will still prefer to program their beats using their DAW’s MIDI tools, the ability to do it all from within SD3 itself is awesome; and needless to say, MIDI import and export are supported.

We’re absolutely blown away by Superior Drummer 3. We’ve been using it for a few months now, and everything from the enormous library to the super-streamlined GUI, onboard sequencing, stunning effects and spectacular Tracker still feels gloriously ‘new’ and exciting.

The kits themselves sound, without exception, incredible, and offer more than enough tonal variety to keep any producer happy; while the powerful Tuning algorithms are impressively tolerant, enabling a satisfying range of natural-sounding pitch adjustment. And as well as taking the dazzling acoustic kit realism for which Superior Drummer has always been known to new heights, creative features like Pitch FX, sample import and Stacks give SD3 serious potential in the electronic music arena, too. Superior indeed, Toontrack’s masterpiece is one of the highlights of our software year.