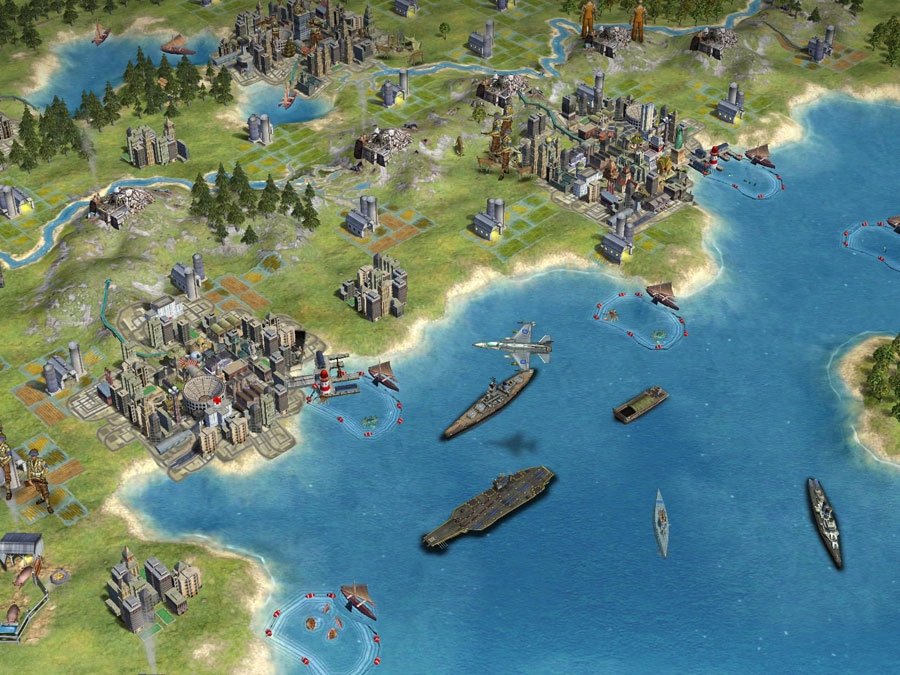 Tablet: Present (Use after upgrading to Beyond The Sword from the third folder)

Civilization IV uses the 4X empire-building model for turn-based strategy gameplay, in which the player's main objective is to construct a civilization from limited initial resources. Most standard full-length games start the player with a settler unit and/or a city unit in the year 4000 BC. As with other games in the series, there are by default five objectives the player can pursue in order to finish the game: conquering all other civilizations, controlling a supermajority of the game world's land and population, building and sending the first sleeper ship to the Alpha Centauri star system, increasing the 'Culture ratings' of at least three different cities to 'legendary' levels, or winning a 'World Leader' popularity contest by the United Nations. If the time limit for the game is reached and none of the previous goals has been fulfilled by any players including game AI players, the civilization with the highest total game score is declared winner. A large departure from earlier Civilization games is a new graphics engine created from scratch, based on the Gamebryo engine by Numerical Design Limited (NDL).

The game has received critical acclaim and was hailed as an exemplary product of one of the leading video game producers in the turn-based strategy genre, and has been listed as one of the best video games of all time. Civilization IV sold over 3 million copies by 2008 and won multiple awards, including several Game of the Year awards. Its title song, 'Baba Yetu', was the first piece of video game music to win a Grammy Award. Two major expansions were released, Civilization IV: Warlords and Civilization IV: Beyond the Sword, as well as the standalone game Civilization IV: Colonization, which were all combined in 2009 into one release edition titled Sid Meier's Civilization IV: The Complete Edition.

Screenshots from the game Civilization 4