How to install brew packages based on XCode, Ruby, Homebrew

This tutorial provides a deep dive of Homebrew,a package manager for Mac OSX (MacOS)that’s like other package mangers for Linux:

DEFINITION: A formula provides instructions on how to install packages andtheir dependencies, such as where to find tar.gzip files for download.

Brew installs packages in its own Cellar directory (folder)and adds symlinks to the /usr/local folder.

Homebrew is the newest and most popular package utility on OSX.

Homebrew’s web page is at http://brew.sh

Homebrew makes use of Ruby, which comes with macOS.

Search for a formula to install

PROTIP: Before deleting, identify its dependencies. For example:

Two delete commands does the same: Additional flags: `–force` or `-f` forcibly removes all versions of that package. `–ignore-dependencies` ignore dependencies for the formula when uninstalling the designated package, which may cause other brews to no longer work correctly.## Tap #Brew tap adds repos not in the Homebrew master repofrom inside a larger package.https://github.com/Homebrew/brew/blob/master/docs/brew-tap.mdsays tap adds to the list of formulae that brew tracks, updates, and installs from.0. List brew tap packages already installed: 0. Install the ip tool included with iproute2 on Linux: The command specififies the account and repo in GitHub, as in
https://github.com/brona/iproute2mac or https://superuser.com/questions/687310/ip-command-in-mac-os-x-terminal 0. Try it (instead of ifconfig): 0. Remove a tap: ## Brew Cask Install #Homebrew cask extends homebrew and brings its elegance, simplicity, and speed to MacOS (OS X) GUI applications and large binaries.https://caskroom.github.ioWith Cask, you can skip the long URLs, the 'To install, drag this icon…', and manually deleting installer files.0. Temporarily set the permissions on /usr/local: 0. Install brew cask: Applications are kept in their Caskroom under /opt and symblinked to $HOME/Applications from https://github.com/caskroom/homebrew-cask0. https://caskroom.github.io, the home page, said there are 3,197 casks as of June 5, 2016. QUESTION: Is there a graph of growth in cask counts over time?0. Install the cask extension to Homebrew: Alternately: 0. Search for a cask by name, in website is where casks are obtained: https://github.com/caskroom/homebrew-cask/search?utf8=✓ Alternately, run a search command. This example searches for 'yo': PROTIP: One should see the cask definition before using it. I would be suspicious of casks with sparse information. The safe way to get the homepage URL of the programmer is from here (don't Google it and end up at a rogue site).0. Look at some cask definitions: https://github.com/caskroom/homebrew-cask/blob/master/Casks/google-chrome.rb is a sample cask definition:0. Install the cask: brew cask install google-chrome Cask downloads then moves the app to the ~/Applications folder, so it can be opened this way:0. Open the installed cask from Terminal: 0. Installing with cask enables you to cleanup: ### Error prevention If you get an error about 'permissions denied':0. Create a Caskroom folder 0. Edit the .bash_profile 0. Add this line: QUESTION: The use of --caskroom is deprecated?0. Save the file.0. Restart the terminal. ## GUI for Homebrew packageshttps://www.cakebrew.com/ is a GUI to help manage Homebrew packages: ## Analytics offHomebrew now defaults to retrieving behavioral analytics tracking. Although anonymized, you may not want to participate in that. To disable the extra network traffic: ## Debian apt-getDownload Fink commander Fink Installer.pkg from
http://finkcommander.sourceforge.net/help/install.phpThis explains: Fink stores data in the directory “/sw” by default. This goes against the Filesystem Hierarchy Standard’s recommendation to use “/usr/local”. Within Fink’s directory, a FHS-like layout (/sw/bin, /sw/include, /sw/lib, etc.) is used.## Documentation #0. For more documentation on brew, look here and: man brew ## Social media #Social media from brew's readme: * @MacHomebrew on Twitter * IRC freenode.net#machomebrew * Email [email protected] * Read archive of emails at https://groups.google.com/forum/#!forum/homebrew-discuss## More on OSXThis is one of a series on Mac OSX:* [MacOS Hardware and accessories](/apple-macbook-hardware/)* [MacOS Boot-up](/macos-bootup/)* [MacOS Versions](/apple-mac-osx-versions/)* [MacOS Terminal Tips and Tricks](/mac-osx-terminal/)* [MacOS Find (files and text in files)](/find/)* [MacOS Keyboard tricks](/apple-mac-osx-keyboard/)* [Text editors and IDEs on MacOS](/text-editors/)* [Command-line utilities for MacOS](/mac-utilities/)* [MacOS Setup automation](/ansible-mac-osx-setup/)* [MacOS Homebrew installers](/macos-homebrew/)* [Task Runners Grunt and Gulp](/task-runners/)* [Printing from macOS or Linux](/printing/)* [Manage Disk Space on MacOS](/mac-diskspace/)* [Data Backups on MacOS](/apple-mac-osx-backup/)* [Screen capture on MacOS](/screen-capture-apple-mac-osx/)* [Ports open](/ports-open/)* [Applications on MacOS](/apple-mac-osx-apps/)* [1password on MacOS](/1password/)* [MacOS iPhone integration](/mac-iphone/)* [Windows on Apple MacOS](/windows-on-apple-mac-osx/)* [Packer create Vagrant Windows image](/packer/)* [Remote into Windows](/rdp/)* [Python on MacOS](/python-install/)* [Maven on MacOS](/maven-on-macos/)* [Ruby on MacOS](/ruby-on-apple-mac-osx/)* [Java on MacOS](/java-on-apple-mac-osx/)* [Node on MacOS installation](/node-osx-install/)* [PHP on MacOS](/php-on-apple-mac-osx/)* [Scala ecosystem](/scala-ecosystem/)Please enable JavaScript to view the comments powered by Disqus.

Install Bazel on macOS using one of the following methods:

Bazel comes with two completion scripts. After installing Bazel, you can:

The binary installers are on Bazel’sGitHub releases page.

The installer contains the Bazel binary.1 Some additional librariesmust also be installed for Bazel to work.

If you don’t intend to use ios_* rules, it is sufficient to install the Xcodecommand line tools package by using xcode-select:

Otherwise, for ios_* rule support, you must have Xcode 6.1 or later with iOSSDK 8.1 installed on your system.

Once Xcode is installed, accept the license agreement for all users with thefollowing command:

Next, download the Bazel binary installer namedbazel-<version>-installer-darwin-x86_64.sh from theBazel releases page on GitHub.

Note: on macOS Catalina, due to Apple’s new app notarization requirements,you will need to download the installer from the terminal using curl:

This is a temporary workaround until we fix notarization in our macOS releaseworkflow (#9304). 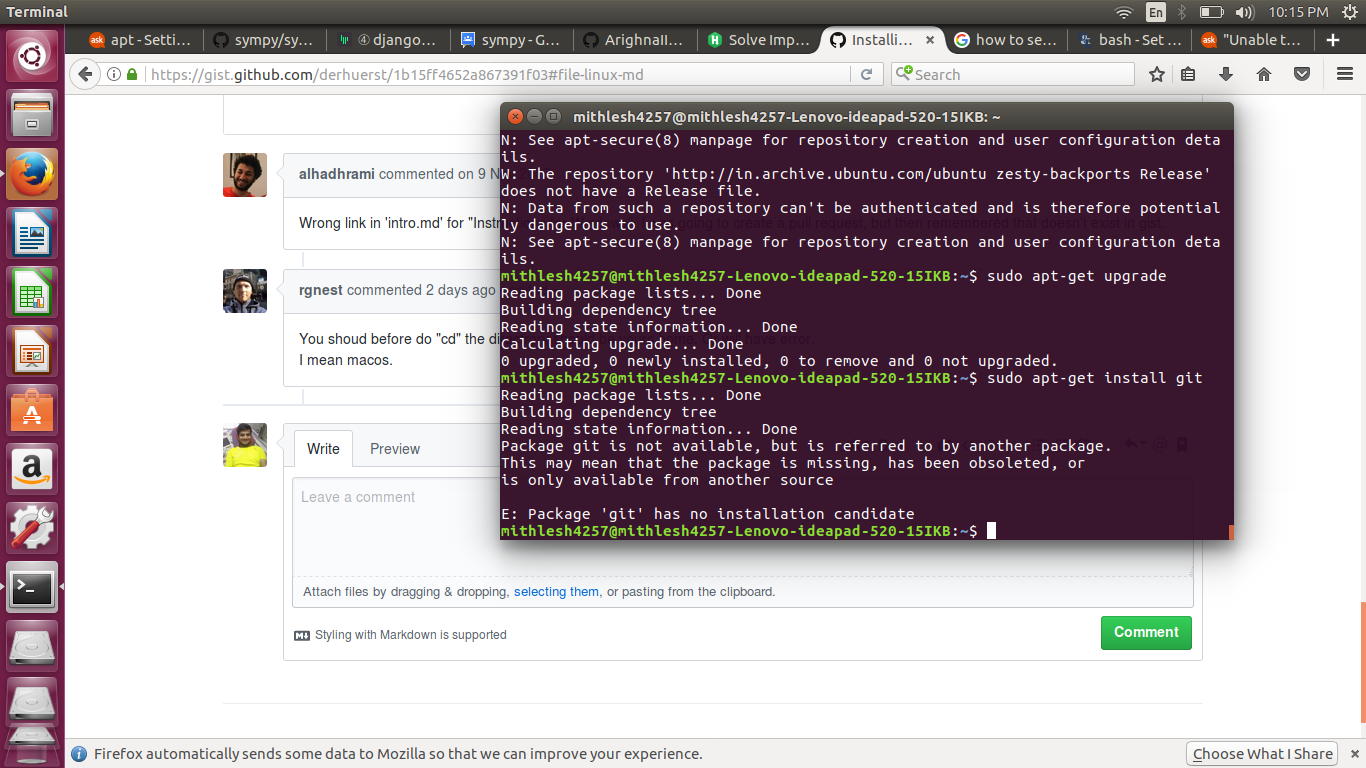 Run the Bazel installer as follows:

The --user flag installs Bazel to the $HOME/bin directory on your system andsets the .bazelrc path to $HOME/.bazelrc. Use the --help command to seeadditional installation options.

If you are on macOS Catalina and get an error that “bazel-real” cannot beopened because the developer cannot be verified, you will need to re-downloadthe installer from the terminal using curl as a workaround; see Step 2 above.

Step 4: Set up your environment

If you ran the Bazel installer with the --user flag as above, the Bazelexecutable is installed in your $HOME/bin directory. It’s a good idea to addthis directory to your default paths, as follows:

You can also add this command to your ~/.bashrc, ~/.zshrc, or ~/.profilefile.

All set! You can confirm Bazel is installed successfully by running thefollowing command:

To update to a newer release of Bazel, download and install the desired version.

Install the Bazel package via Homebrew as follows:

All set! You can confirm Bazel is installed successfully by running thefollowing command:

Once installed, you can upgrade to a newer version of Bazel using thefollowing command: