Warcraft 3 1.30.2 has been released for the Public Test Realm (PTR) version by Blizzard Entertaiment. This new version brings support for 24 players (custom games), compatibility for widescreen, update of the Map Pools for 1’s, 2’s, 3’s, 4’s and “Free-for-All”, improvements on the World Editor, bug fixes, among other changes in the game balance.

To be able to play this version, It is necessary to have a valid cd key for WarCraft 3 Reign of Chaos and The Frozen Throne. This PTR version only works with the english version of the WC3, and the installed game has a size of 1.6 GB.

Warcraft III Public Test Realm (PTR) is a special service where you can to test the patches before they are released to the public in the stable version of the game. The PTR versions are only available in the English, Korean, German, and French languages.

To play online at Battle.net, Blizzard has enabled a new exclusive test server for this version (Public Test Realm (US West)).

Specific Changes & Improvements– Camera reset to 1.28 height
– Team colors revision v2 (Props to Erkan for setting us on the path) 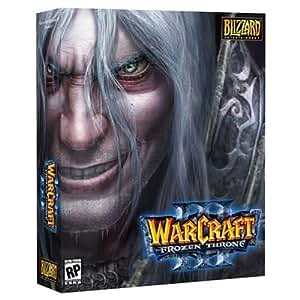 – Accept (check the box) the agreement of lincencia and continue…

– Wait for installation to finish…

– When the installation is finished, launch the game…

– When you start the game you must enter the cd-keys of the WarCraft 3 Reign of Chaos and WarCraft 3 The Frozen Throne games.

– Finally, run the game and enjoy!

– Warcraft III Public Test was unable to initialize. Error 0.
This error occurs when the game has not been closed correctly. Run the “windows task manager” (Press Ctrl+Shift+Esc), click on the “Processes” tab, locate the file “Warcraft III.Exe” or “Wacraft III”, select and close it by clicking on “End process”. Now run the game again.

– DotA Maps Crashes.
Warcraft 3 PTR is not compatible with the 6.88 dota maps created by DracoL1ch, if you want to play DotA use the DotA 6.85k version, or the old maps created by Icefrog as DotA 6.83d.